Attaching Binding To Your Quilt

Not many words today, just lots of pictures. Enjoy!

Here is what I do:
Leave a tail about 8"-10" and start about midway on one side. 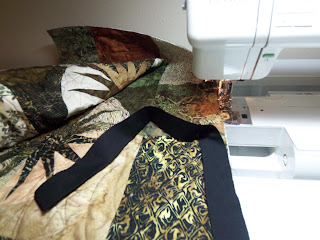 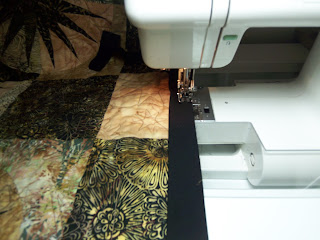 I learned this trick many years ago while watching Quilt In A Day with Eleanor Burns. As you approach the corner, you will stop stitching when you are a seam allowance away from the edge of the quilt. Stop with your needle down. 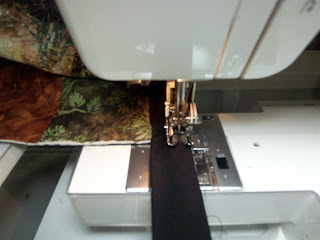 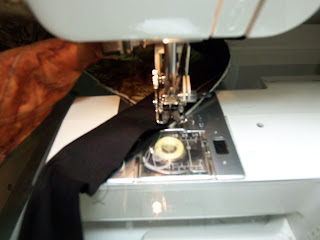 Here the diagonal seam, the miter, is stitched into the corner. 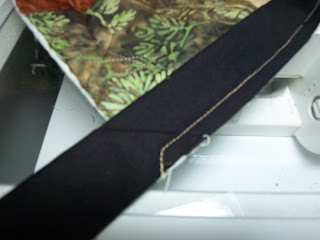 Now fold the binding first in one direction to fold in the miter then in the other direction to stitch along the next edge. The next picture shows folding away from the quilt, along the miter. You can see one of the seams used to stitch the binding strips together and how close is is to the corner. If I had used a straight seam, there would be so much bulk here it would create a large knot that looks terrible and is nearly impossible to stitch down. 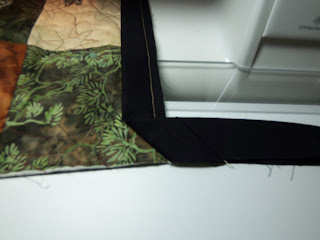 This picture shows the binding folded in the other direction. The fold should be even with the edge just stitched. 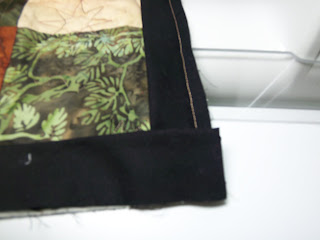 Backstitch to secure the corner and stitch the binding to this side of the quilt. When you approach the next corner you will repeat the steps above. 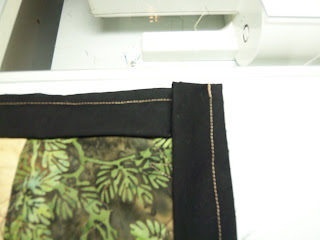 Once you have stitched all four corners you will soon approach the beginning of the binding. Stop stitching about 8"-12" from where you started and remove the quilt from the machine. 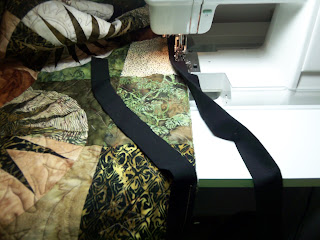 In the next step I cut off a section of the tail I left when I first started stitching. This serves two purposes. First it gives me room to work between where I started the stitching and where I ended  the stitching. Second it gives me a measure to determine where to cut the end of the binding strip.

In the picture below I placed the beginning tail along the edge of the quilt just as if I were stitching it down and trimmed off the section to the left. 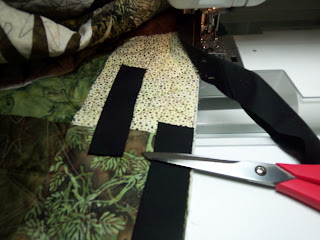 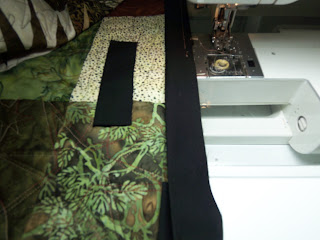 Now open up the binding segment you removed earlier and place it perpendicular to the overlapped bindings. 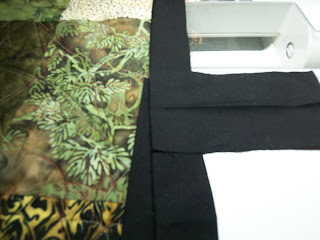 The picture below shows exactly where to place the segment. THIS IS IMPORTANT because I cut the ending tail in the next step. The distance between the Edge of segment and the Edge of beginning tail is whatever seam allowance I used. In my case that is 3/8". Don't get overly cautious about this because when the last part of the binding is stitched down it gets eased in.


Now cut the ending tail (the one on top) along the bottom edge of the segment as shown below. 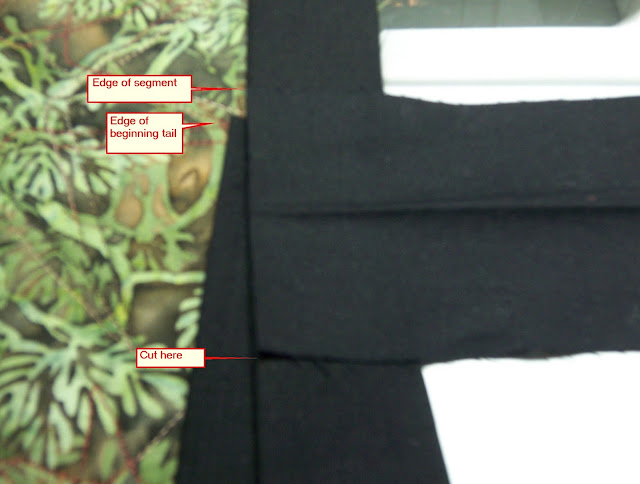 Now stitch the beginning and ending tails together with a diagonal seam. Open up the ending tail with the RIGHT side facing UP. 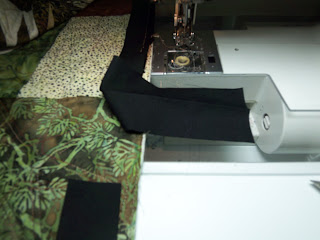 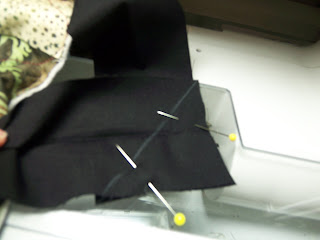 Match the edges closely. Pin the two edges as shown to hold in place. Mark a diagonal line as shown and stitch along the diagonal line. Before you trim this seam you'll want to check and make sure it was stitched correctly. Now trim the seam. 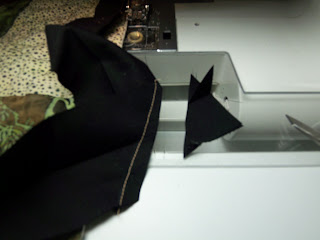 From the front of the seam, I use Collins Finger Presser

to press the seam to one side. Fold the binding back in half and place it along the edge of the quilt ready to stitch. 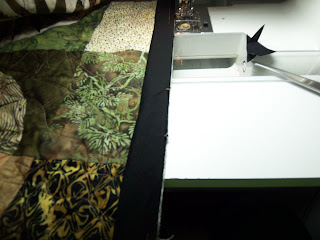 Stitch down the remaining binding. 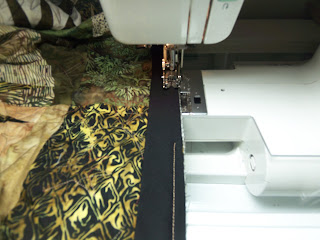 For more project tutorials and videos:

Size A Quilt
Patches-How Much Fabric

Carol A Thelen
I started quilting in 1992 just before I graduated from college. I love to make scrap quilts, to try new techniques and especially to teach others all about quiltmaking. I own and manage The Five Oaks Retreat in Brenham Texas for quilters and crafters. Come visit us. Relax, refresh and create!